by admin
in PR English, Slider
0

The Srisena regime has announced that it will not release most of the Tamil political prisoners who have been languishing in the jails and detention centres in Sri Lanka. Sri Lankan Prime Minister Ranil Wickramasinghe announced on Friday only 32 prisoners will be released by 9th November.

Reacting to the announcement from Colombo, Tamil political prisoners said to Ceylon Today:

“We shall launch another ‘fast unto death’ if the President fails to adhere to his promises, as mentioned in the letter, before 7 November. This is the only way we have chosen to find a solution to our burning problem. President Sirisena will be held accountable for our deaths during the hunger strike. President Sirisena will be responsible for our vital organs. He should take responsibility to donate our organs.” 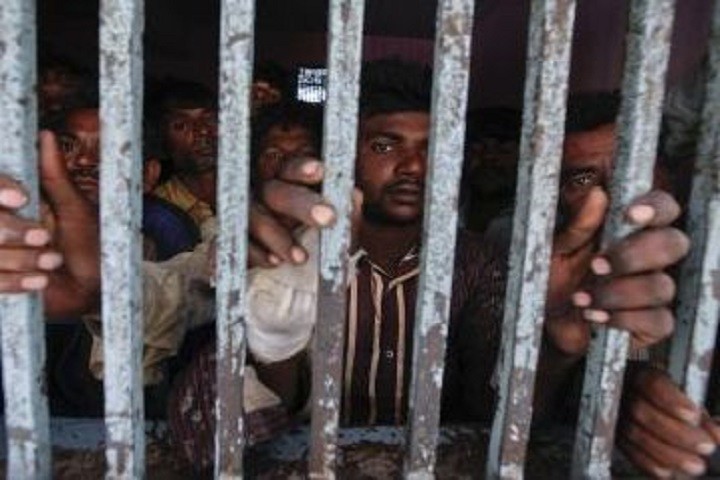 A large number of the Tamil political prisoners have been kept in prison for over two decades without charge or trial by the Sri Lankan state through emergency powers granted to its security forces in the Prevention of Terrorist Act ( PTA) and Emergency Regulation Laws. Majority of the prisoners have experienced torture and been subjected to human rights violations by the Sri Lankan police and intelligence. Some of the prisoners have revealed their stories of sexual torture.

The Tamil Chief Minister of the Northern Provincial Council, C.V. Vigneswaran, in a press release, emphasized that good governance cannot be implanted from the outside; the government has to prove it by actions. He also said that the release of Tamil political prisoners has proven to involve no risk for the state as those released under the previous regime caused no violence. He also pointed out the discriminatory logic of the government, which provided amnesty to the Sinhalese insurgents of the JVP during the 1970’s and 1990’s while refusing it to Tamil political prisoners:

“In the time of the JVP, everyone was given unconditional general amnesty. To say that there are obstacles and delays is surprising for us. It is only by accommodating such small requests that the rhetoric of good governance can have some use, but to maintain such policies, and chanting ‘good governance’ is obsolete.”

“We demand the immediate and unconditional release of all the Tamil political prisoners, unlawfully incarcerated by the occupying Sri Lankan forces and its state in official and undisclosed detention camps and prisons.” Said Tamil Refugee Spokesperson Aran Mylvaganam. 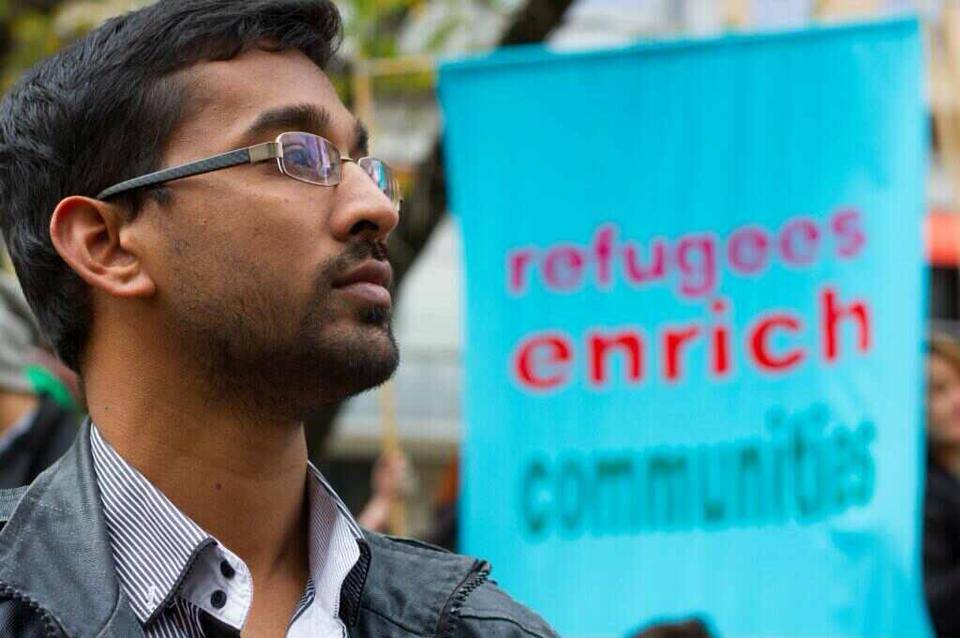 “We demand the Australian government and it’s allies, who proved their influence in the island by instigating a regime change earlier this year, to wield the same power in pressing the Colombo government to immediately grant general amnesty to all Tamil political prisoners. The incarcerated Tamils are not criminals, and cannot be subjected to the criminal jurisdiction of the Sri Lankan state. They are rather political prisoners and Prisoners of War.”

“The western governments cannot conceive or expect a cessation to the refugee crisis, involving Tamils, without solving the political situation in their homeland. It is the Sri Lankan state terror and military occupation of their traditional homelands leads to Tamils fleeing persecution and impoverished lives towards countries like Australia”

The armed insurgency or war against the unitary Sri Lankan state was a resolute and collective reaction of the Eelam Tamil people and their youth, and an inevitable historical response to the systematic and institutionalized oppression, and structural genocide orchestrated by the state towards the Tamils.

The democratic venues to address the Tamil national grievances and aspirations were systematically dismantled and silenced by the Sri Lankan state, which orchestrated repression and pogroms against the Tamils from 1948 till 1977, during the course of their non-violent struggles for national emancipation. The Sri Lankan state denies the national existence of the Tamils as well as it deprives them of the right to self-determination.

The 6thamendment of the constitution of Sri Lanka, criminalizes anyone who espouses the democratic will of the Tamil people towards self-determination and independence, as it is deemed a threat to the ‘territorial integrity, unity and sovereignty’ of the Sri lankan state.

Hence Tamils incarcerated by the judicial system of the state and its armed forces through the use of emergency laws, are not criminals threatening the state, but political prisoners and Prisoners of War (POW) who advocated the political rights and aspirations as well as the security and liberty of the Tamil people in the island of Sri Lanka.

For further information contact the Tamil Refugee Council on 0410 197 814.

GENOCIDE RAVAGES THE TAMILS AS THE WORLD TURNS A BLIND EYE - OPINION BY TREVOR GRANT: