by admin
in News, Slider
0

SRI LANKA’s responses to questions on accountability for rights violations at the Universal Periodic Review (UPR) in November were evasive and packed with clichés. 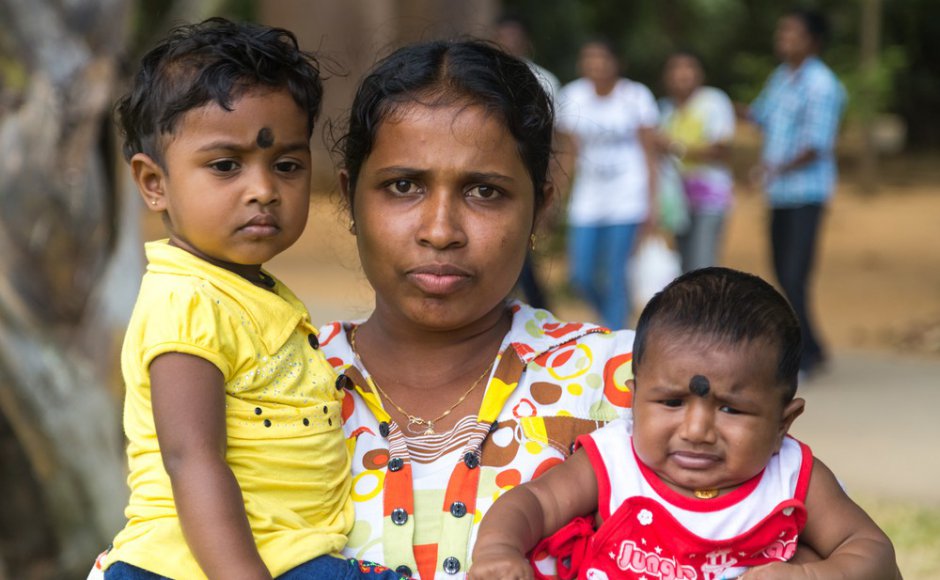 This should spur the international community to demand Colombo cooperate in investigating enforced disappearances (and other violations) and prosecuting those responsible. Failure to hold Sri Lanka accountable will not only mean that the UN and foreign governments abdicating their commitment to international law, but ignoring family members of the disappeared in their quest for justice.

On 16 November, even as the UPR was in progress, a group of family members of the disappeared – almost all women – met Sri Lanka’s President Maithripala Sirisena in Colombo. Their petition said, “We are extremely frustrated that despite meetings with yourself and many other government officials, we still have come no closer to finding out the fate of our disappeared loved ones, and have been let down repeatedly by broken promises.”

There are 65,000 recorded cases of disappearances in Sri Lanka and the country is second only to Iraq in the number of unsolved disappearance cases submitted to the Working Group on Enforced and Involuntary Disappearances.

The November UPR was the latest attempt to hold the country accountable for human rights violations during and after Sri Lanka’s civil war, which ended in May 2009 when the rebel group Liberation Tigers of Tamil Eelam (LTTE) was defeated by the government of President Mahinda Rajapakse. A UN panel accused both the rebels and government troops of committing war crimes.

A shock election defeat in January 2015 brought an end to Rajapakse’s atrocity-laden regime and installed Sirisena as president. Giving an appearance of taking a strong, pro-human rights line, the new government co-sponsored a UN Human Rights Council (UNHRC) resolution in September 2015 pledging redress of past violations through a series of measures, which included four transitional justice mechanisms. One of them was an Office of Missing Persons (OMP) to address disappearances; another, a judicial mechanism “including Commonwealth and other foreign judges, defence lawyers…” This was because a court composed entirely Sri Lankan judges would be partial to the country’s military.

Clashing with an obdurate government and military as they searched for answers did not begin for family members of the disappeared with Sirisena. They had used civil disobedience and protests under the Rajapakse regime as well when their demands went unanswered. Rajapakse tried to dissuade protests by appointing a presidential commission (Paranagama Commission) to probe disappearances.

The Commission’s approach was to mostly shield the military from blame, while offering families of the disappeared financial compensation. The government’s other tactic to break protests was by targeting prominent individuals within the movement. In 2014, Balendran Jeyakumari a leading activist, whose son disappeared, was arrested by state security forces. A local and international outcry led to her release but the charges against her have not been withdrawn.

Although the government had pledged before the international community to set up the OMP, it delayed. When legislation was finally drafted, it contained provisions contrary to demands of the victims. The Office would not have prosecutorial powers. What is more, the law said evidence uncovered during an investigation “shall not give rise to any criminal or civil liability.”  In their Nov 16 petition to Sirisena, families of the disappeared rejected the OMP in its present form.

The cynicism underlying the process to set up the OMP was, in many ways, a catalyst which galvanised the families of the disappeared to direct action. Faced with an institution that was far below expectations, they accused their elected representatives of working with the government on OMP legislation while ignoring concerns of the victims. At a meeting on June 30, 2016 families of the disappeared confronted national and provincial lawmakers of the Tamil National Alliance (TNA). Said a participant, “[a]s representatives of the Tamils you had approved setting up the Office [of Missing Persons]. How can this be without consulting the victims?”

On Sept 17, 2016, the TNA tried to answer the families’ concerns at a stormy meeting in the northern town of Mullaithivu. But by early 2017 it was becoming evident that more important issues were emerging in which families of the disappeared believed they had a role to play.

In March, the UNHRC announced that it was giving the Sri Lanka government another two years without a timeline or schedules to implement provisions in the 2015 Resolution. Families of the disappeared interpreted the UNHRC move was a consequence of Sri Lanka’s deceit. In Kilinochchi and Mullaithivu – two towns in that had suffered tremendous devastation in the fighting – protests erupted. Protestors set up a tent in Kilinochchi, replete with photographs of their missing loved ones wowing their vigil would not end unless the government provided them answers. On April 27, they blocked a main highway.

Tired of complaining to their elected representatives, the TNA, to no avail, family members of the disappeared approached the man in whose hands they thought the fate of their missing loved ones finally rested. On June 12, a delegation of mostly mothers and wives of the disappeared met Sirisena. Among their demands were two lists: names of those who had surrendered to the Sri Lanka military around the time when fighting ended in May 2009 and another on the political prisoners in government detention.

The lists were important because there was no official record of how many had surrendered in the final months of armed combat or how many were in Government custody. Although families of the disappeared had tried to obtain this information through the Sri Lankan courts earlier, magistrates had been incapable of moving the military to provide it. International and Sri Lankan NGOs had documented how those in government custody had disappeared and the existence of at least one black site.

In response their demands, Sirisena blithely promised to get the process moving to have this information released soon. Almost six months later, the lists are yet to be disclosed. The tactic of the Sirisena government is clear: exhaust family members of the disappeared by keeping them in suspense about the information so that they stop protesting. Meanwhile, a consistent theme in Sirisena’s public statements was that no military personnel would be brought before international judges for wartime human rights violations, thereby dismissing the UNHRC resolution’s demand for the same.

It was frustration born of Sirisena’s hypocrisy that the group of mothers spoke of when they decided to beard the lion in its den on Nov 16. Addressing the media after meeting Sirisena at the presidential secretariat in Colombo, the chairwoman of the Kilinochchi Association of the Disappeared Yogarasa Kanakaranjiny appealed for the international community’s support and wowed to fight on.

Buddhist monks walk down a road asking for alms during the annual Vesak festival, in Colombo, Sri Lanka May 11, 2017. Source: Reuters/Dinuka Liyanawatte

“Today we lost faith that this government, which preaches Buddhist values, will give us back our children … but we will continue our unremitting struggle for our loved ones,” she said. She also disclosed the toll 270 days and nights of protests – often waged in blistering heat and torrential rain – had taken. Five mothers, who had been protesting, had died.

Despite the indifference of the TNA and the government’s stonewalling, the commitment of the mothers and other family members of the disappeared to continue protesting until they are given credible information of their loved ones seems unwavering for the moment. Sensing this resolve, Colombo could crack down to break up the protests. It is important that the international community warns the Sirisena against such moves.

Even if a commitment to justice or admiration for the heroism of mothers does not inspire the hard-nosed diplomats in Geneva or New York, at least something else should.  If the Sri Lanka government continues to ignore the demands of family members of the disappeared for justice, it could prompt protests and acts of civil disobedience to intensify. This would affect political stability, investment and economic development. None of which the international community expect in a ‘reconciled’ post-war country.

Sri Lanka: Self-determination as Mode of Reparations for Grave Violations of International Law in Tamil Eelam

Sri Lanka: Self-determination as Mode of Reparations for Grave Violations of International Law in Tamil Eelam