Two innocent Jaffna University students, Nadarajah Kajan (23) and Pavunraj Suluxan (24), were gunned down on Thursday (20.10.2016) early morning by the Sinhalese Police while they were returning to their residence on their motorbike. They were shot and killed because they were Tamils. The circumstances surrounding this murder clearly points to the genocidal intent of the Government of Sri Lanka Police occupying our homeland. 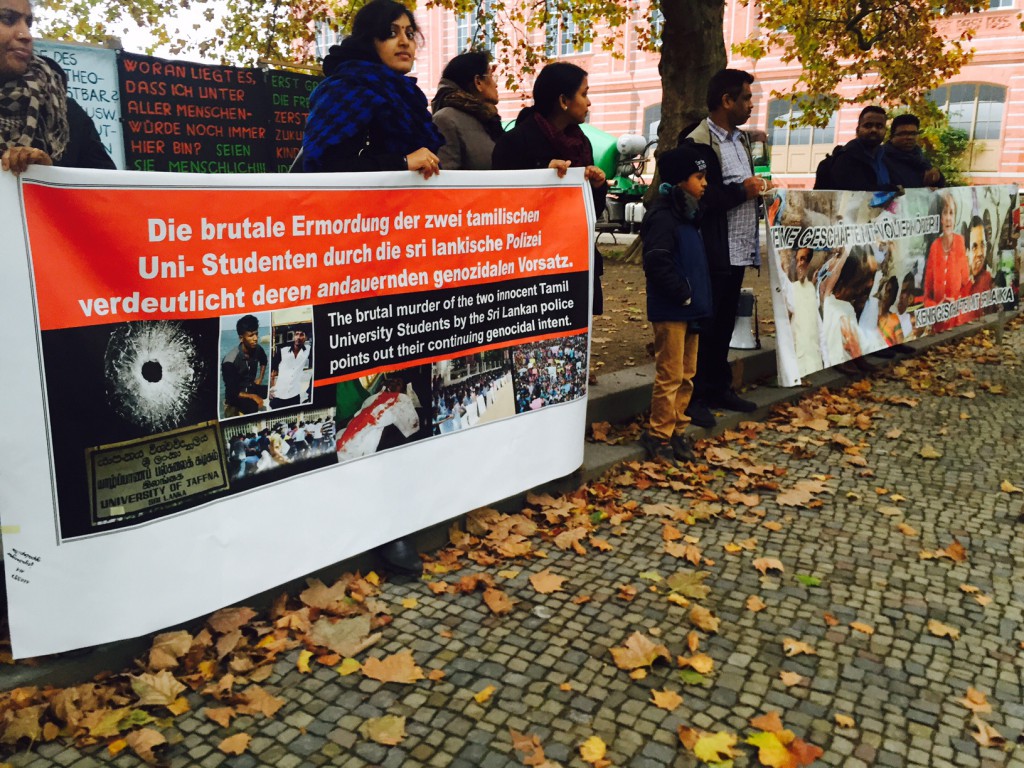 Photo taken in front of the german foreign Ministry: Tamils Protest for justice of the Students

The police immediately cordoned off the area and attempted to hide the cold-blooded murder as accidental death in a crash. However, the medical examiner’s report clearly stated the cause of death of one student was gunshot wounds on his chest. The other student was killed as a result of a head injury inflicted on him to destroy the only eye-witness besides the policemen on duty. The police also then attempted to hush up the killings by offering money for the funeral to one of the victim’s family. However, the family refused to accept the money. 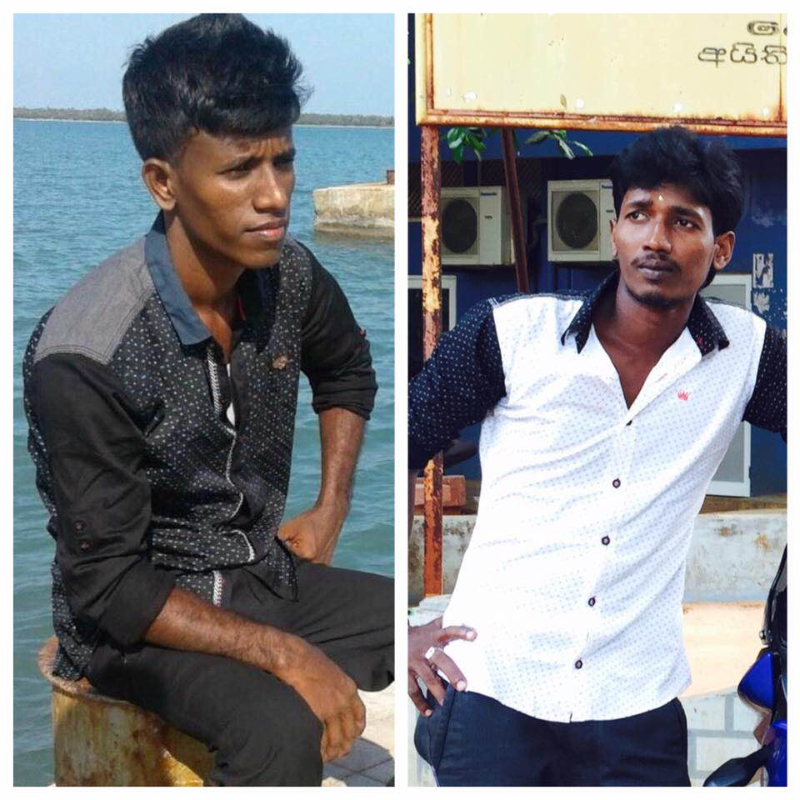 We cannot expect any justice from a genocidal Sri Lankan State. We demand an international inquiry into this cold-blooded murders by the occupying Police.

While we are still awaiting justice for the tens of thousands who were massacred in May 2009, we need urgent action to stop the on-going Sri Lanka State sponsored killings.

Preventing those who are paying respect to the great heroes who sacrificed their lives for our freedom is a violation of humanitarian norms!

Preventing those who are paying respect to the great heroes who sacrificed their lives for our freedom is a violation of humanitarian norms!